As Goodbye Mr MacKenzie stopped by at the Liquid Rooms, Edinburgh, Harry Mulligan was there to report back.

On the penultimate date of their postponed pandemic tour dates, the homecoming show for Edinburgh’s own Goodbye Mr MacKenzie started out effervescent and bubbling enough. By the time it neared the end well over an hour later, Martin Metcalfe was submerged in the photographers pit, and had delivered  a masterclass in working the normally reserved Edinburgh audience into a frenzy.  It was up close and personal almost taking his life into his own hands.

The sound desk at Edinburgh’s Liquid Rooms has the reputation of being the best live desk in Scotland. When I  asked Shona Marshall, The Rezillos’ usual sound-engineer afterwards what she thought of it: ‘too many buttons…’ she said, with that infectious cheeky wee grin of hers…

The crowd were warmed up by the most excellent and Banshees-like SALT.

Then it was time for Goodbye Mr MacKenzie and the stage was almost crowded with no fewer than seven musicians at their posts when the introduction fanfare started. Derek Kelly, drums, Finley Wilson, bass, Big John Duncan, lead guitar, Jim Brady, shredding guitars Rona Scobie, keys, and Martin Metcalfe on lead vocals. In addition, rising starlet Tara-Rose, from Edinburgh newbies Revanica, in only her third live show in her life, provide backing vocals to Martin.  It ostensibly echoed the omen-like reality that Shirley Manson was catapulted to fame from the original Goodbye Mr MacKenzie, before becoming the front woman for American super-group Garbage.  Watch this space for sure readers.

All the crowd-pleasers were included on the night, and quite a few more obscure numbers, but they had to wait what felt like an eon, and with exception of the author’s favourite, Port Of Amsterdam.

During the second half of their set, things were taken up a notch, going into a gallup with Blacker Than Black, and Derek Kelly nailing it on drums.

We Are Married seemed to really encourage audience participation and the hometown crowd were in good voice. It was noted that Tara’s BV was delivered in unison with Martin Metcalfe, and when I later commented to him about this he talked about Johnny Thunders And The Heartbreakers making this punky style quite fashionable.

The Rattler evoked synchronised vocals from the crowd: ‘He’s a rattling boy…’  while Rona Scobie laid down that distinctive eighties phrasing on keyboard.

For an encore, Goodwill City reached footballing crowd proportions. It’s a song that explores Edinburgh’s response to the HIV/AIDS legacy. However, it is about North Sea Oil, and by this point Martin Metcalfe had ventured off the stage and into the photographers pit. This is no mean feat as Martin is towering ominous presence to behold sometimes, but by this point I was immersed in a sense of glee reminiscent of the great Australian frontman, Doc Neeson of the Angels.

When I said to him later, that it was at this point that I half anticipated him to go crowd-surfing, he chuckled saying that would have been unfair on the poor crowd and would definitely hurt someone.

The evening was energetically crowned with Goodbye Mr McKenzie, and the place was  bouncing. 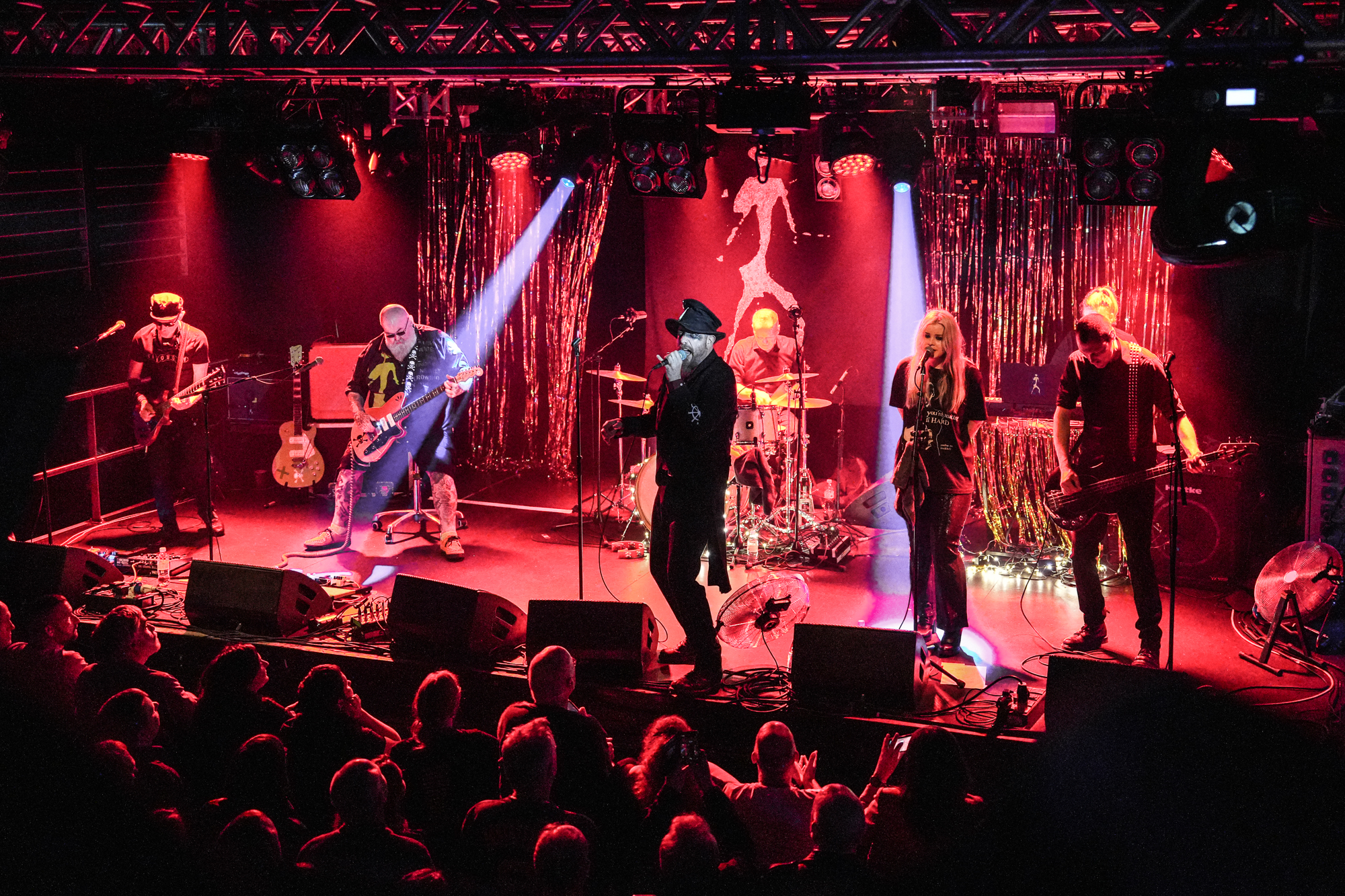 All words by Harry Mulligan, you can find his author’s archive here

We have a small favour to ask. Subscribe to Louder Than War and help keep the flame of independent music burning. Click the button below to see the extras you get!

Casanova Gives Back To The Kids From Behind Bars

Casanova found ways to give back on the Thanksgiving holiday this week — even though the rapper is currently behind bars. According to...

Is It A Scam?…How To Tell If You’re Getting Fleeced

It’s a scam. That’s what many parents tell their kids when they come across legitimate music industry opportunities for their...

Dunstan Bruce was on vocals with Leeds anarchists Chumbawamba who were the most unlikely pop stars ever, and who can forget when they...